Research and development on VSR can be traced back over 50 years and the process has evolved from a little known art into a indispensable process for the manufacturing industry. The process is a well established alternative to thermal stress relieving (TSR) for the stabilisation of fabrications, castings and machined components ranging in size from as little as 2 kg to in excess of 150 tonnes. Thermal Stress Relieving (TSR) and Vibratory Stress Relieving (VSR) treatments share a capability in three areas namely dimentional control, dimentional stability, and overall stress reduction

The VSR process involves conducing a metal structure into one or more resonant or sub resonant  vibrating states using portable high force exciters having highly stable speed characteristics. This causes the structure to undergo overall elastic distortion such as might be obtained by loading it mechanically, except that the loading modes induced by vibration are generally more complex than could be achieved by externally applied static forces. What has been so often missed by critics is that the high energy input from Thermal Stress Relieving (TSR) both stress relieves and changes the metallurgical structure, whereas VSR only stress relieving hence no loss in rigidity of the component, or metallurgical change, IE loss of wear characteristic or rigidity.

Total stress relief is difficult to obtain with any commercial process but only VSR can reduce inbuilt stresses and stabilise components at any stage of the process without the requirement of transport, scaling and distortion from heat and at low cost in a matter of minute without the component leaving the workplace.

initially (TSR) treated prior to machining, however this failed to stabilise the component, a subsequent (VSR) treatment succesfully stabilised the shaft thus allowing final machining to take place and salvaging the component from being scrapped. 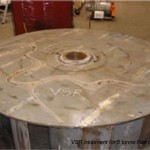 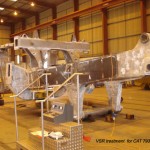 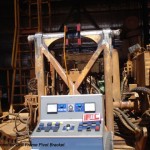 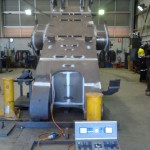 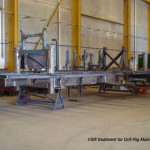 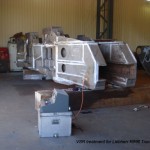 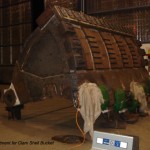 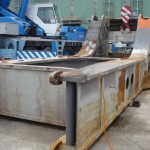 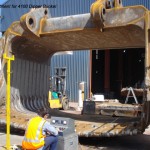